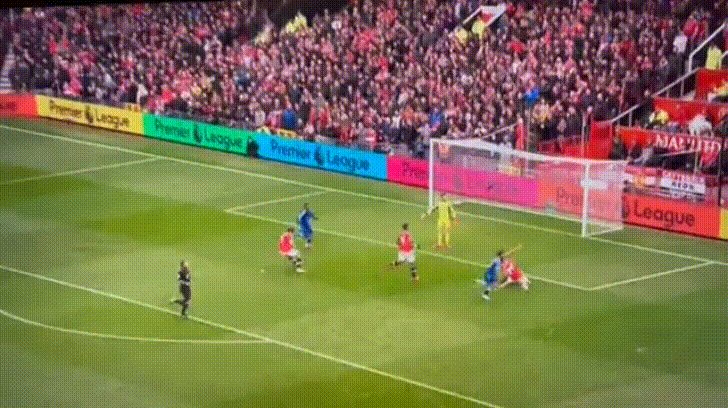 Andros Townsend with a funny Cristiano Ronaldo celebration after scoring a goal against Manchester United in a Premier League match!

Everton has managed to equalize. Hardly a deserved equalizer, but United lacked any urgency since scoring the leading goal.

Andros Townsend finished off a perfect counter-attacking move from Everton.

Three passes were enough to put Townsend through on United's goal after Everton defended a corner kick from United.

After Townsend scored, he made a funny Cristiano Ronaldo celebration that will likely get the headlines after the match.