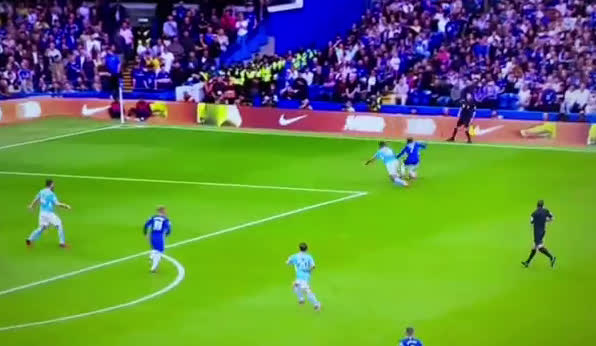 Kante sends Rodri flying to the floor with a cheeky move during Chelsea and Manchester City match in the Premier League!

Kante sends Rodri flying to the floor with a cheeky move!

Manchester City is now leading with a 0-1 score against Chelsea. In a way, a surprising lead for City, but Chelsea have been incredibly bad in the attack.

They mustered only one shot against City and even that one wasn't on goal.

Kante has been one of Chelsea's best players and he showed his dribbling ability in one instance. Rodri tried to cover him, but Kante made a simple fake move and sent him to the floor.